This Top Gun women's pilot jacket is made of genuine leather. It’s the ideal aviator jacket for a stylish and adventurous woman. Becoming a movie legend in "Top Gun", it has been specifically designed with the best fighters in the U.S. Navy in mind and is adorned with authentically embroidered patches that recognize the service history of the U.S. Navy's elite fighters.

Made of genuine antique lambskin, it has a removable plush mouton shearling fur collar. Its waist and cuffs are elastic and inside, it’s lined with Cockpit USA's exclusive Escape Map. It has two front pockets with flap, two side pockets and two other interior pockets.

As this article is manufactured to order in the USA, the delivery time is 2 to 4 weeks. In case it takes longer, we’ll inform you personally.

The "G-1" leather jacket, with its particular "V" design to avoid snagging on the cockpit joysticks, is the most widely used jacket in the history of the US Navy, making it prestigious in itself and desired by professionals and aviation enthusiasts. 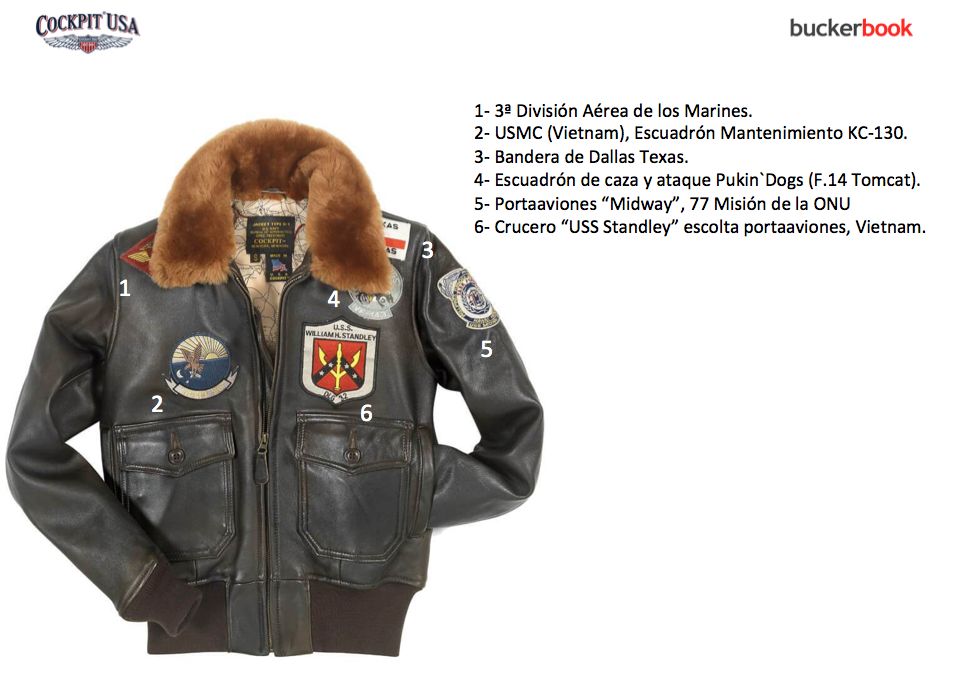 From the first applications of aviation (1910-1920), the flight uniformity of pilots in general was focused on combating the cold and the impact of the air, for which they adopted the clothing used by motorcyclists, such as the use of airtight goggles, scarves, scarves, gloves, hats and leather jackets.

In 1947, the official flight jacket was renamed G-1, and this design has been maintained to the present day. The era of massive use of jet fighter aircraft, with the beginning of the Vietnam War, makes it unnecessary to use these jackets in flight, so they remain on aircraft carriers and air bases.

Made of genuine antique lambskin, it has a removable mouton collar. Its waist and cuffs are elastic and its interior is lined with the escape map, for the fallen pilots in France during World War II.

The jacket has its own history, represented through the emblems (patches) of the Units to which it pays tribute, for the prestige of the wearer, which we describe below: 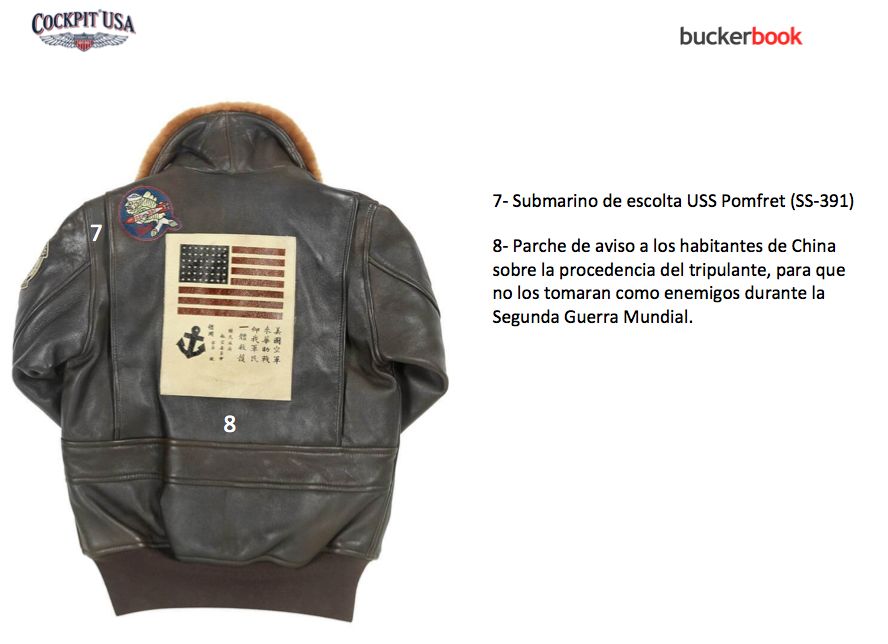 Cockpit USA
W201035
€479.34
The Cockpit G-1 Women's Pilot Jacket is a women's version of the traditional Bomber G-1 jacket used by the US Navy in the 1930s. It's a beautiful garment made of genuine antique lambskin and has a collar of imitation mouton fur. It has two side pockets and another two front pockets with flaps. The cuffs and waist are elastic and fit perfectly to the...

Cockpit USA
W72N100
€909.09
Cockpit's B-3 Women's Pilot Jacket is a women's version of the Bomber B-3 jacket worn by early WWII bomber pilots. This women's aviator jacket is a perfect fit for the body.  It’s stylish and of high quality. It’s a magnificent garment made of genuine aged sheepskin. Lined inside with cream-colored sheepskin, the collar is made of the same material.  It...

Cockpit USA
W72N300
€1,115.70
Cockpit's Hooded B-3 Women's Pilot Jacket is an updated, feminine version of the Bomber B-3 jacket worn by early WWII bomber pilots. Cockpit USA modernizes this classic by using suede sheepskin and adding a coyote hood trimmed with shearling leather.  The hood is removable and comes with a zipper. Lined inside with cream-colored sheepskin, the collar is...

Cockpit USA
W2567
€446.28
A-2 flight jacket, designed for women pilots and female military crew members, who performed the important service of moving aircraft from factories to air bases during World War II. From all over the world, including the then Soviet Union. With it Cockpit USA commemorates the exploits of these ladies of the sky, who with their professionalism, bravery...

Cockpit USA
W21G001
€495.87
Beautifully crafted to replicate the flight jacket worn by Amelia Earhart in her many aviation exploits during the 1920s and 1930s. This supple leather jacket crafted from authentic vegetable tanned lambskins that replicate 1930's flight jackets, features Amelia's traditional 2 patch pockets, side entry pocket and knit collar. Hard to distinguish from the...