During World War II, the appearance of the aircrew's flight jackets reflected the age and the number of war missions performed, so their aging was a mark of prestige and a symbol of efficiency.

This vintage jacket reflects the long-awaited record to be achieved by all pilots and aircrew of the different air forces: 100 War Missions.

Since this item is made to order in the USA, delivery time is 2 to 4 weeks. In case it takes longer, we will inform you personally. 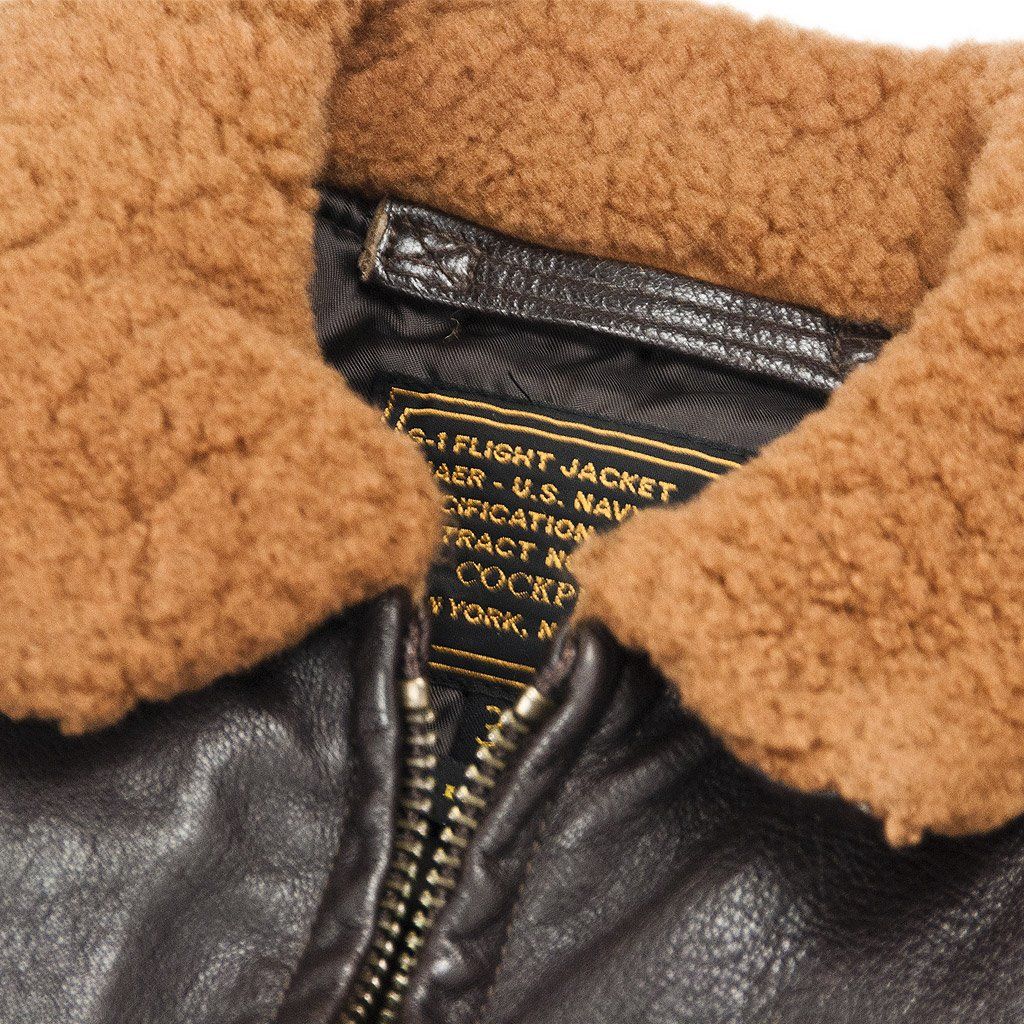 The "G-1" jacket, with its particular "V" design to avoid snagging with the cockpit joysticks, is the most widely used jacket in the history of the US Navy, making it prestigious in itself and desired by aviation enthusiasts. 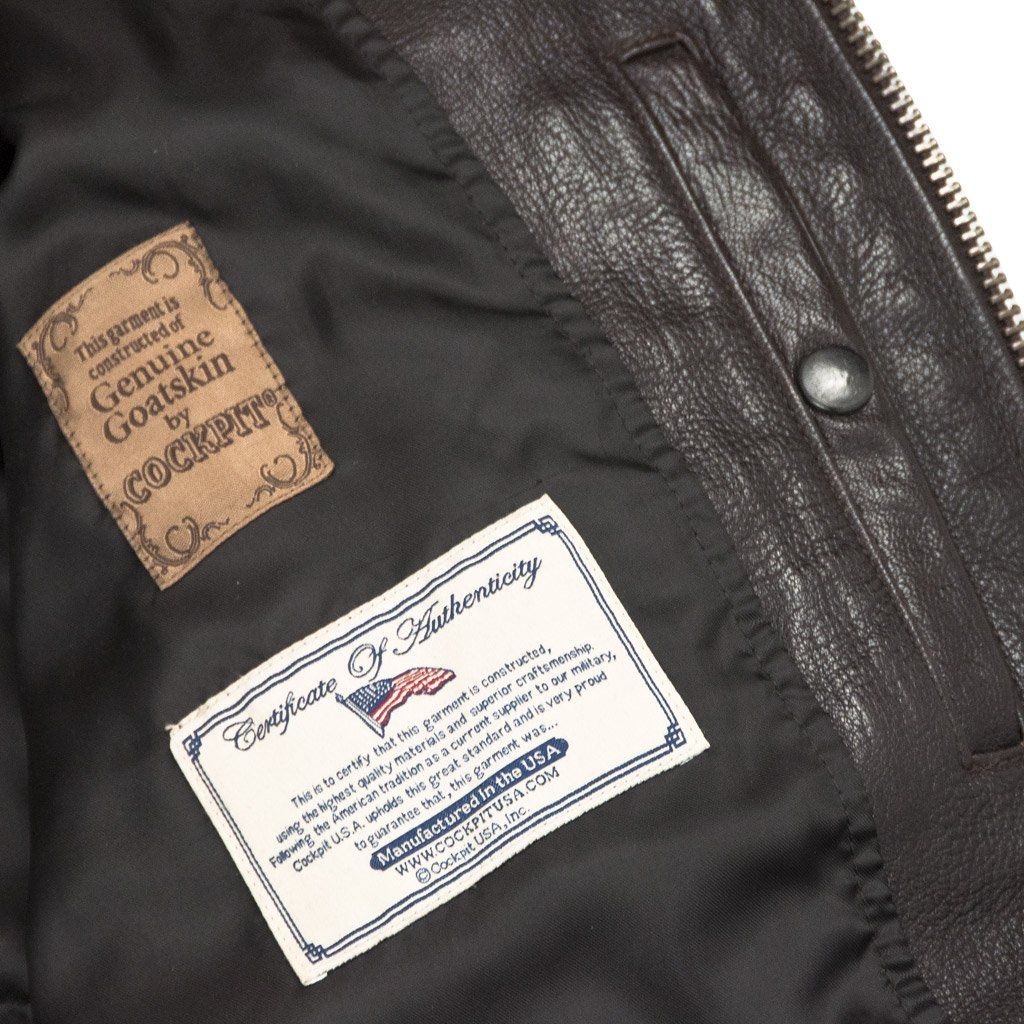 From the first applications of aviation (1910-1920), the flight uniformity of pilots in general was focused on combating the cold and the impact of the air, for this purpose it adopted the clothing used by motorcyclists, examples of this are the use of airtight glasses, scarves, scarves, gloves, hats and leather jackets.

In 1947, the official flight jacket was renamed G-1, and this design has been maintained to the present day. The era of the massive use of jet fighter planes, with the beginning of the Vietnam War, makes the use of leather jackets in flight unnecessary, so they remain on aircraft carriers and air bases.

Cockpit USA
Z21C0071
€520.66
Classic fighter pilot jacket, model G-1 design 1940's, used by the United States Navy. During World War II, the appearance of the aircrew's flight jackets reflected the age and the number of war missions performed, so their aging was a mark of prestige and a symbol of efficiency. This vintage jacket reflects the long-awaited record to be achieved by all...

Cockpit USA
Z21W009
€561.98
A-2 Leather Pilot's Jacket, iconic garment that equipped the pilots and air crew of the US Army Air Force (US Army) during World War II. This is a special and unique edition, commemorative of the 40th Anniversary that is manufactured under the US Army specifications of the time. A distinction for aviation enthusiasts in general and professionals in...

Cockpit USA
Z2108M
€487.60
This G-1 pilot's jacket was designed specifically with U.S. Navy fighter pilots in mind, made legendary by the movie "Top Gun" (1986). A distinction, a lifetime investment and a magnificent legacy.  If your size is not available in our store, you can place your order. Delivery time is 2 to 4 weeks.

Cockpit USA
Z201035M
€628.10
This pilot's jacket is made from real aged sheepskin. It is the model of leather jackets that since 1947 are part of the regulatory uniformity of the pilots of the U.S. Navy. The U.S. Navy G-1 jacket is a regular fit. With central zipper closure, it has two double front pockets, one with flap and button, and two side opening pockets. This fantastic...

Cockpit USA
Z201035MC
€702.48
The Cockpit G-1 pilot jacket is a deluxe version of the traditional US Navy G-1 Bomber jacket. Since this item is made to order in the USA, delivery time is 2 to 4 weeks. In case it takes longer, we will inform you personally.

Cockpit USA
Z24E005I
€314.05
Combat pilot jacket model G-1, US Navy Air Force. Made of high quality Nylon, under military specifications and with Mouton collar. In the case of not having your size in our store, you can place your order. Delivery time is 2 to 4 weeks. A classic that is always up to date.

Cockpit USA
Z21V41
€388.43
According to comments made by the Air Force pilots who requested practical modifications of the original re-issue 1987 version of the A-2 flight jacket, the Official USAF 21st Century A-2 is a contemporary version of the original classic Government Issue jacket. The 21st Century A-2 is tailored to serve present-day pilot requirements, while retaining all...